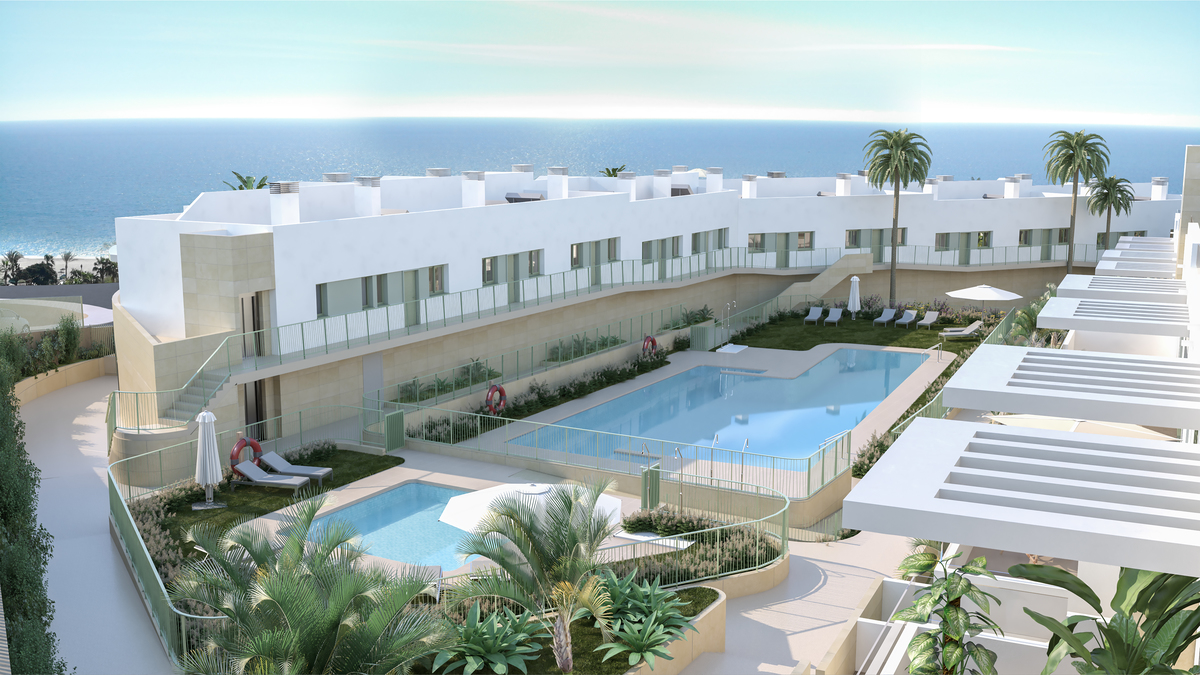 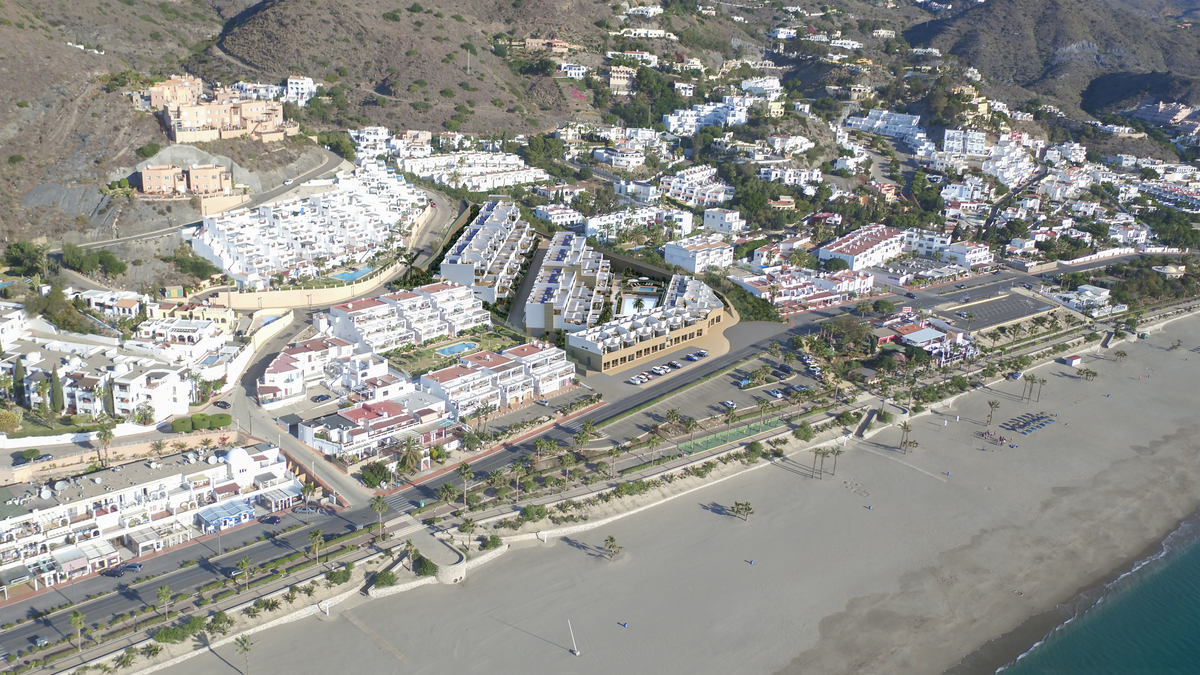 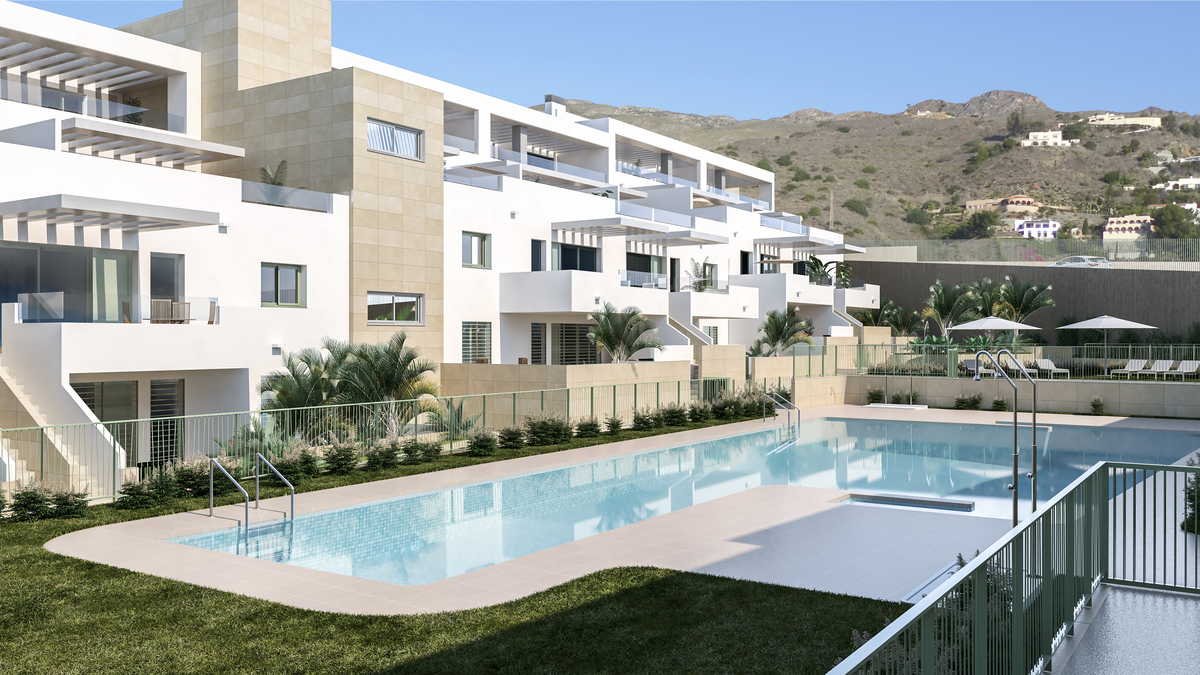 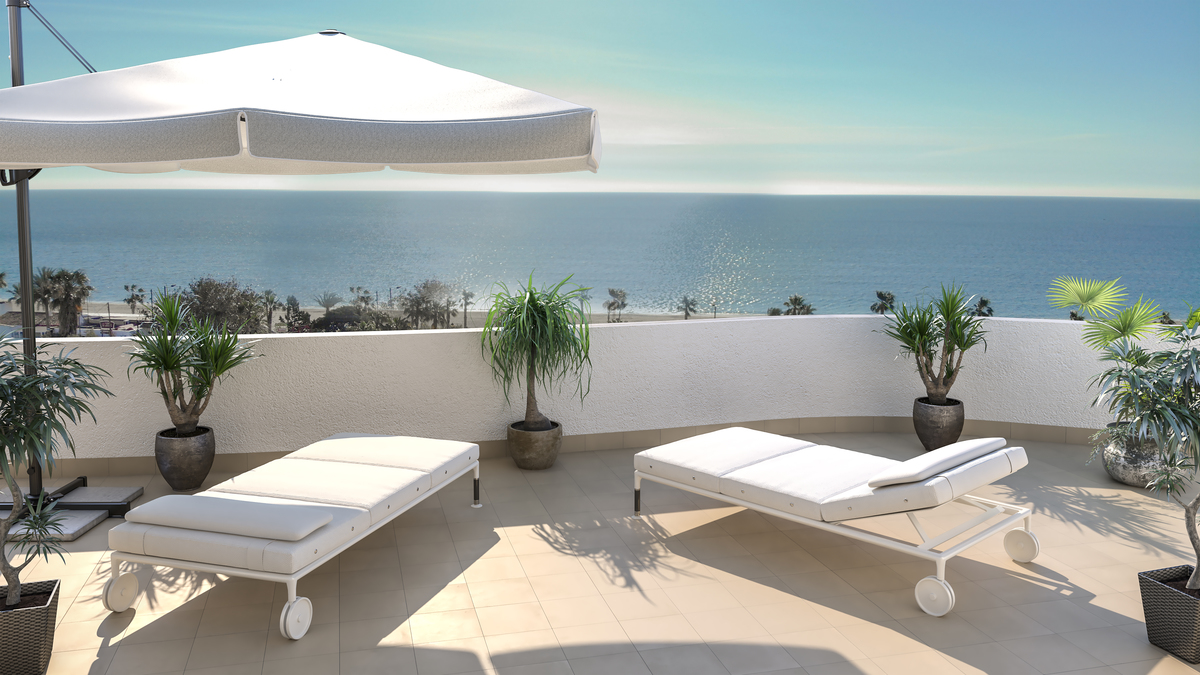 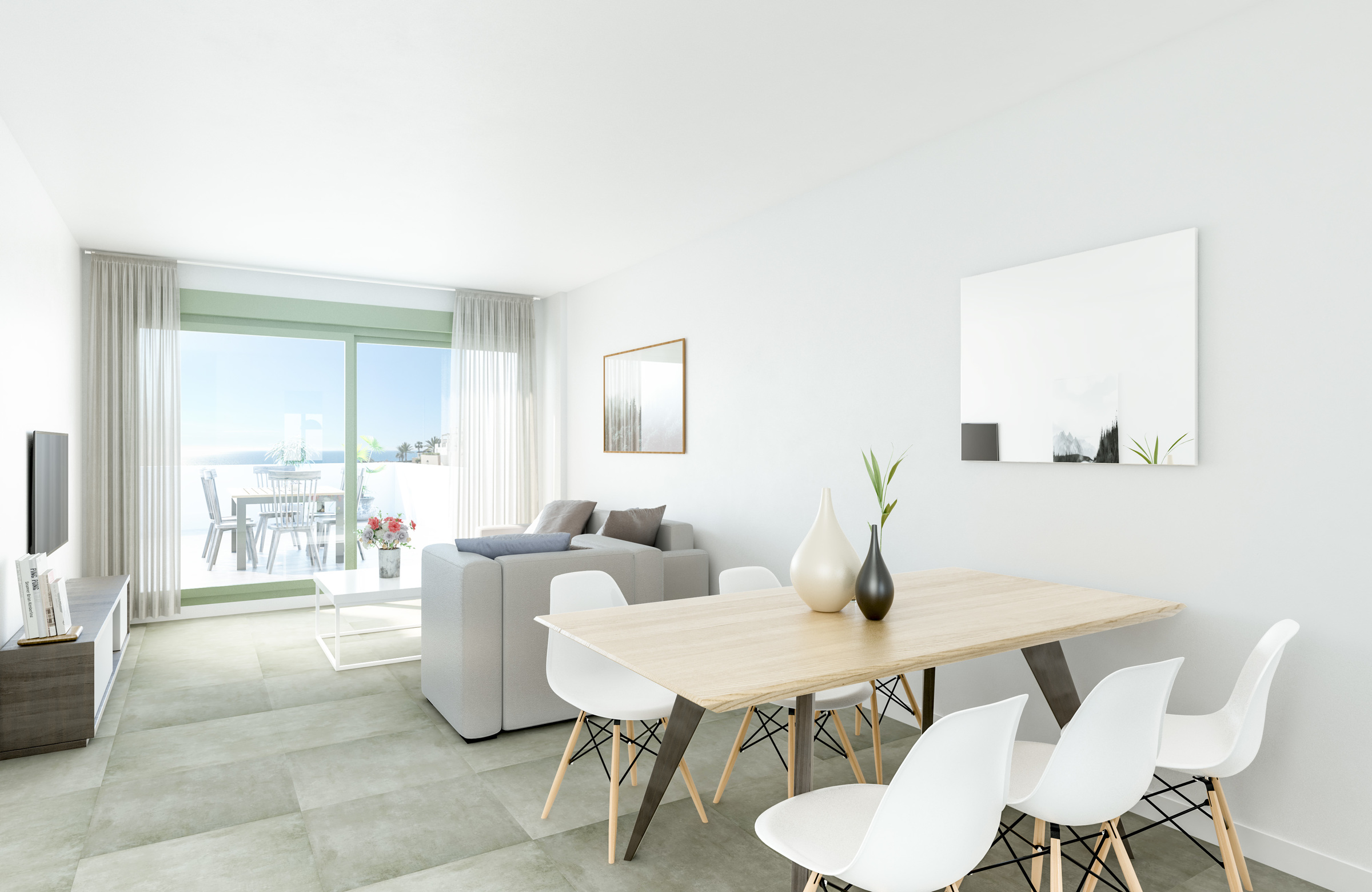 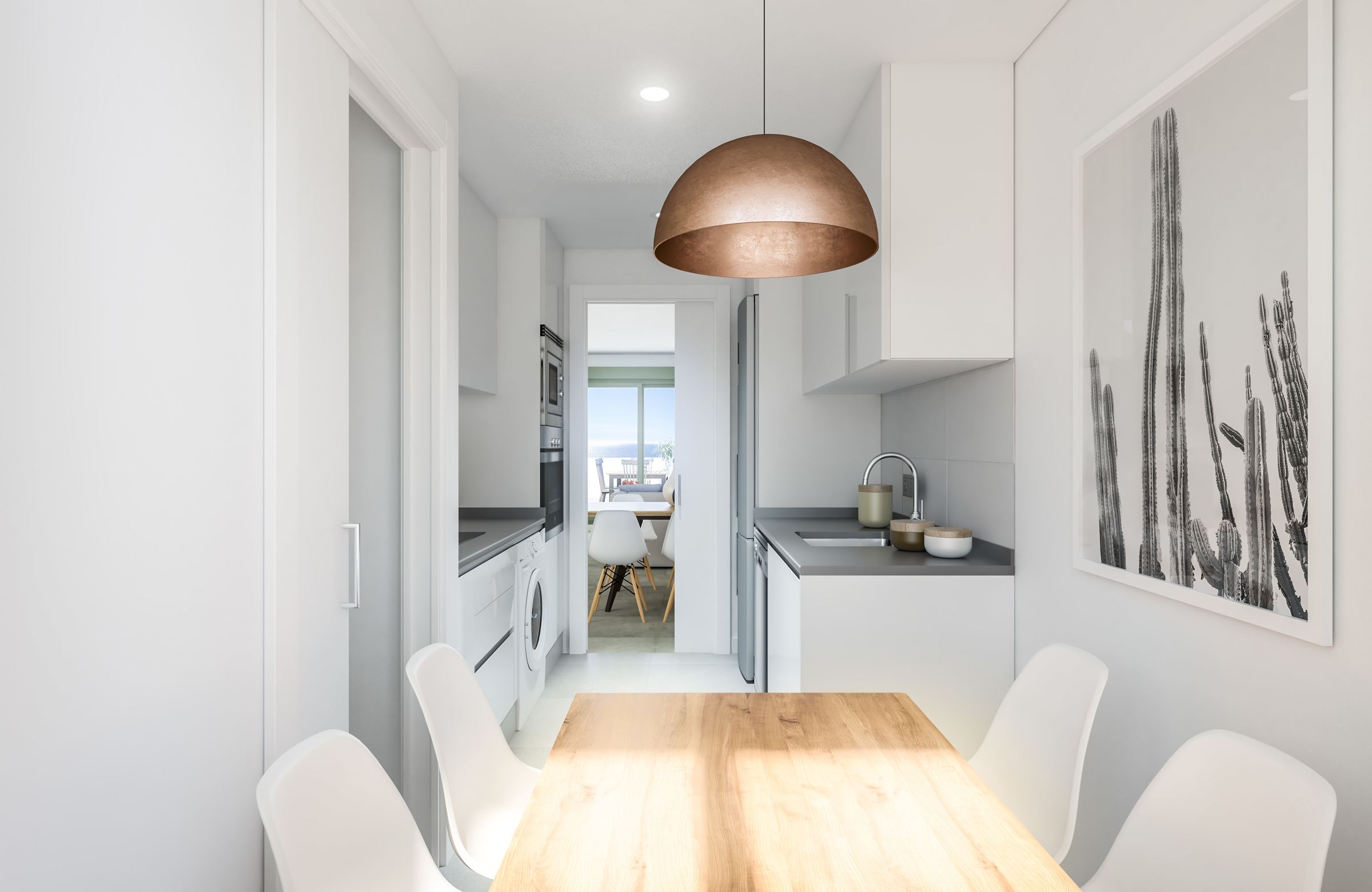 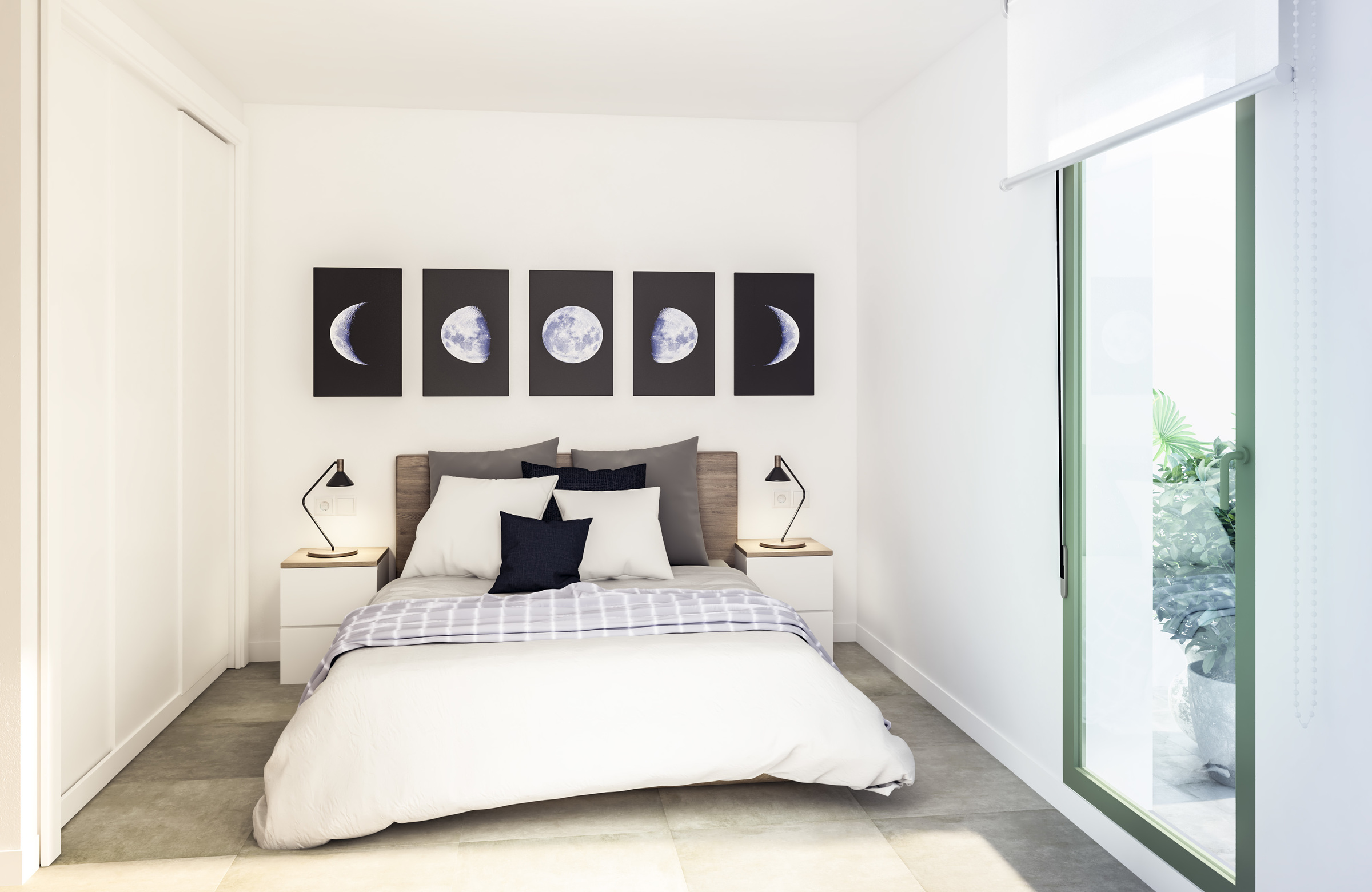 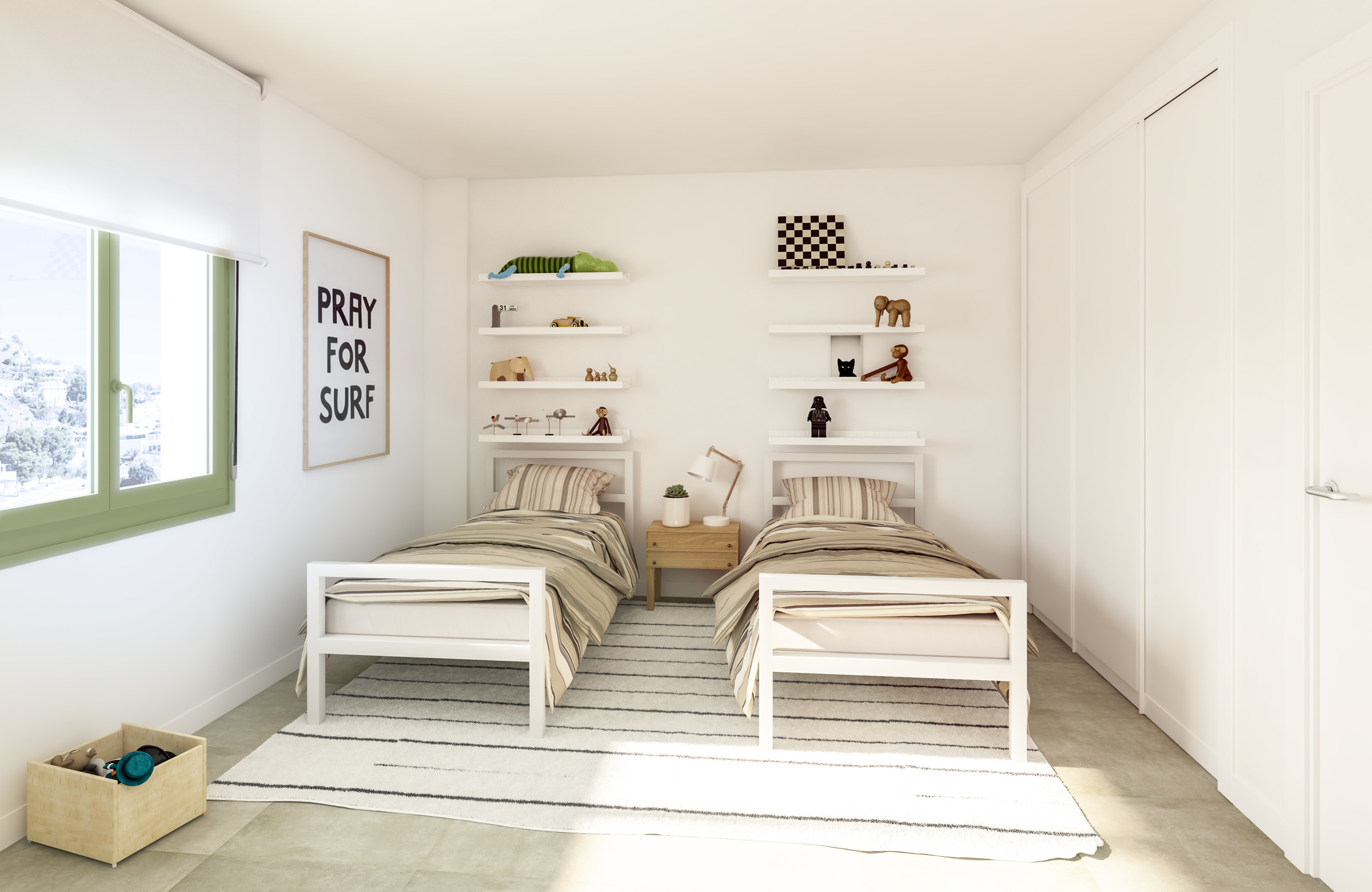 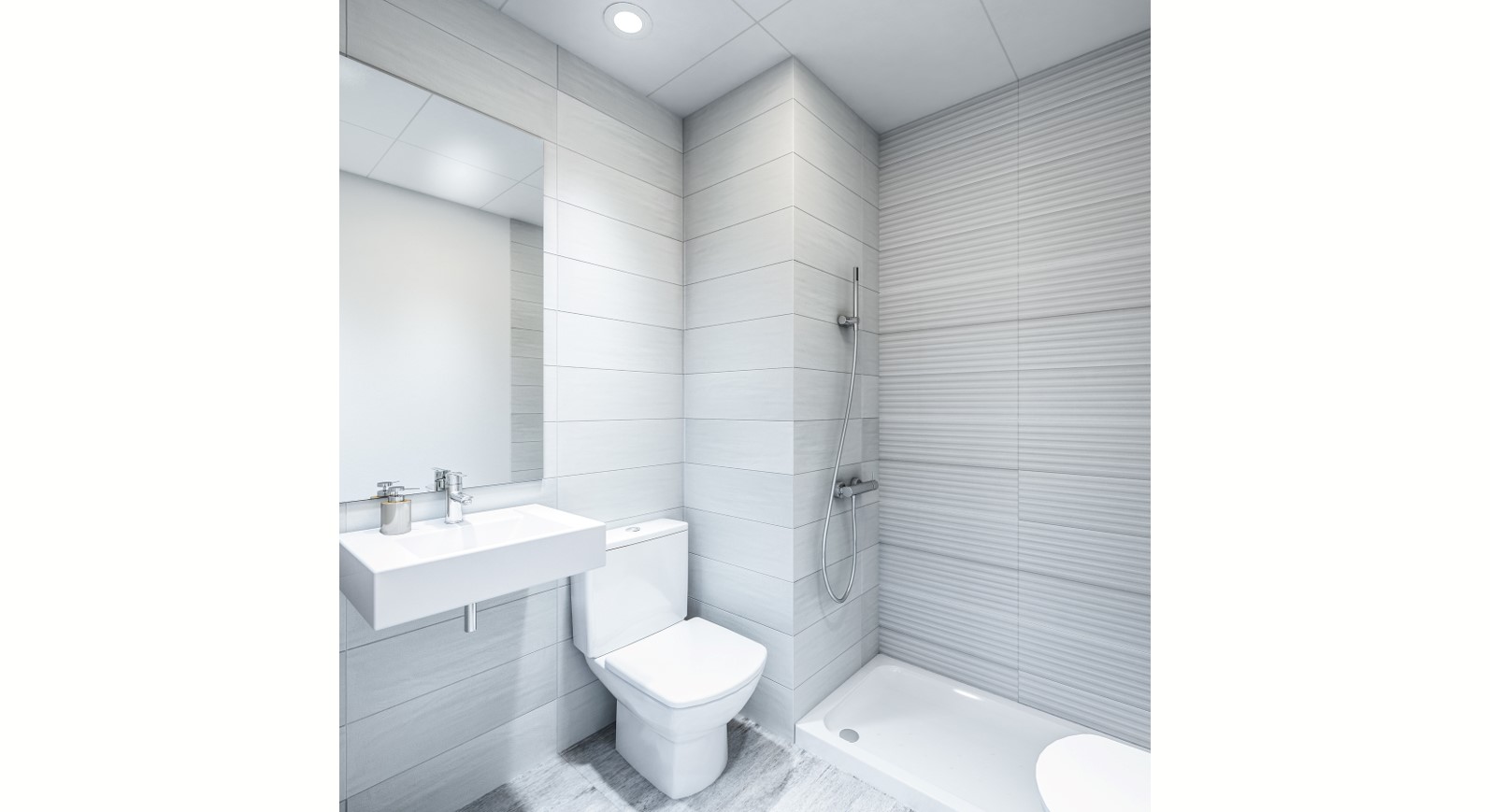 Cantal Homes is a private residential urbanization located on the coastline of Mojacar Playa and just a 2 minute walk away from the promenade and beach.

The complex consists of 91 properties, including 4 exclusive 1 bedroom apartments with large private gardens on the ground floor and/or spacious terraces on the first floor. The remaining properties boast 2 bedrooms & 2 bathrooms and are distributed over 3 blocks which form the private urbanization with communal pools for adults & children, communal gardens and walkways.

All of the ground floor apartments enjoy private gardens and, depending on their situation on the development, front patios. The first floor apartments all boast a large terrace, in some cases measuring over 40m², and are designed to be a natural extension out from the apartment enabling you to enjoy the unbeatable climate of Mojacar all year long. Finally the top floor apartments have the added bonus of huge private roof solariums accessed via the apartment from which you can enjoy the stunning surrounding scenery, including sea views!

The complex is completed with a large underground parking area and each property is sold with an allocated parking space and storeroom included in the price. There will also be shops along the front of the urbanization.

Cantal Homes has been designed to take advantage of its surroundings, with the aim of allowing as many properties as possible to enjoy sea views whilst maintaining privacy & comfort for everyone.

SHORT WALK TO THE BEACH

Sorry !!! We are currently awaiting the EPC information for this property.

If you would like to receive the EPC information as soon as we get it please use our Contact Information below and a member of our team will contact you as soon as it is available.

Mojacar is a coastal town which is one of the most popular places in the Almeria region. Divided into 2 areas; Mojacar Pueblo (old town) & Mojacar Playa.

Mojacar Pueblo is famous for its whitewashed village houses, and an elevated position offering stunning views of the surrounding countryside and mountains. In Mojacar Pueblo you will find an array of bars & restaurants, together with souvenir shops, small supermarkets, bank, medical centre and a bustling weekly market held on Wednesdays, with stalls selling everything from fresh fruit and veg to clothes. Mojacar Pueblo is also home to an indoor swimming pool.

Mojacar is situated in the province of Almeria which is part of the Andalucia region of Southern Spain. The types of properties for sale in Mojacar vary widely. In Mojacar Pueblo there are apartments, village houses and townhouses for sale, whilst in the surrounding countryside there are cortijos, farmhouses and villas for sale. Many of the cortijos and villas have swimming pools, with most townhouses boasting private roof terraces.

Mojacar Playa is the beach section of Mojacar, and only a 5 minute drive from the old town. Mojacar Playa stretches along the coastline for approximately 10km, with amenities such as bars & restaurants, commercial centre, shops, supermarkets, medical centre, tennis & padel courts, football pitch and countless beach bars (chiringuitos). In Mojacar there is also a walking group which organises hikes of local trails.

If you would like more information on this property either complete the Information Request for or contact a member of our team using with the following Contact Information.